Losing interest in a series 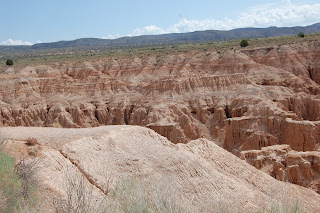 I love series. Let's just put that out on the table right now.  I love following characters through their life's twists and turns, and gripping the book (or i-pad) anxiously as they each make choices that will change their lives forever. And mine. Because as I read, I think, "What would I do, if I were them?"

But what happens when the last book takes, oh say, three years to come out? I lose interest.

It's happened twice now, where a final book (for whatever reason) goes years before being released. That's a long time to hang off the edge of the cliff with a character, folks. My arms get a tad tired. So I let go and move onto to another character who will offer me closure.

Before you rail me for being unkind or hold it against me in the future (should I be said author who takes three years to finish) I devoured Robert Jordan's (c/o Brandon Sanderson-bless you) most recent Wheel of Time books the moment they hit the shelves. Partly because I was FAR too invested in the story, and also because in anticipation of the release I started rereading the series and became RE-invested.

AND in the case of the other books? I did buy the last books of those series when they came out. I just haven't read them yet. I'm not interested enough...yet. And folks, these were wonderful stories to begin with. But there is only so much time I can wait before I begin to think, "Was that last one the end of the story and I just missed it?"

I love what Elana Johnson has done with her series to keep us in the groove while waiting for SURRENDER. All her short stories, peeks, artwork, etc., really bridged the time gap and made it seem like a blink of an eye before the next book was released. Well done, Elana! Well done.

I've heard various suggestions via the writing community that say, "Don't write your series before you get your first book published." Hogwash. Sure the plot may change a bit, because your editor may have significant changes for you, but think about the anxious reader waiting for your next book and what you might be accomplishing ahead of time to keep their interest (aside of writing a great story). Timing is key in an industry that has so many wonderful characters to offer. If you don't.

Because if you leave your characters hanging off a cliff too long? Well, better hope they've got really strong arms. It could be a while before I get them down out of my head.

So what makes you lose interest in a series? What could writers be doing to keep you more invested?

Oh, yes. You didn't know today was worth being happy about? Eyes of the beholder, I suppose.

Today is my wedding anniversary. I've been married a beautiful 22 years to the most wonderful man on earth. He came into my life when I needed him the most and has stuck with me through all the "better" AND "worse."  Turns out we make a pretty good team.

It hasn't come without hard work, sacrifices, and too many boxes of macaroni and cheese, but it's been worth it. For my part, I wouldn't be where I am without my husband. And yeah, yeah, he'll say the same thing about me. But I'm the one writing this post so I get to brag on him today. :)

If not for him I wouldn't be writing. See, he's the one who told me to dream my dreams. And then helped to make them happen. As a result I have a house full of children, a college degree, and in a field that I've loved since I was old enough to read.

If not for him I would have majored in *shudder* Accounting. Wow. Not the right field for me. I learned that pretty quick. Don't get me wrong, I'm pretty good with numbers. It just killed my sense of creativity. All that finite math and stuff. There's not a whole lot of fiction going on there.  Well, except for imaginary numbers.

I don't even know why I thought Accounting would be a good idea. Oh, wait. Yes I do. Because people told me I was crazy for wanting to be a writer. Writers don't make any money. As though that's the only reason for doing anything. Pfscht! But I was young, impressionable, and already scared that I wasn't good enough. Despite what my creative writing professors told me to the contrary. And they weren't the only ones.

My husband-to-be was intrigued by my interests. ENCOURAGED them. And he was far better at numbers than I was, so I knew our children would be in good hands. (FYI, they have been. I love being right.)

Today I celebrate a Friday the 13th that changed my life. I think this has been the only time our anniversary has fallen on the exact day of the week that we got married on. (Correct me if I'm wrong. Come on, I dare you. Just rain on my parade. It has all week here anyway.) :)

Today could not be more perfect. Even if all I do is bask in the knowledge that I'm the luckiest woman on earth, that's enough. Tomorrow I'll go back to worrying about everything else. But hey, tomorrow I'll still have my biggest cheerleader cheering me on. And that's what marrying your best friend is all about.