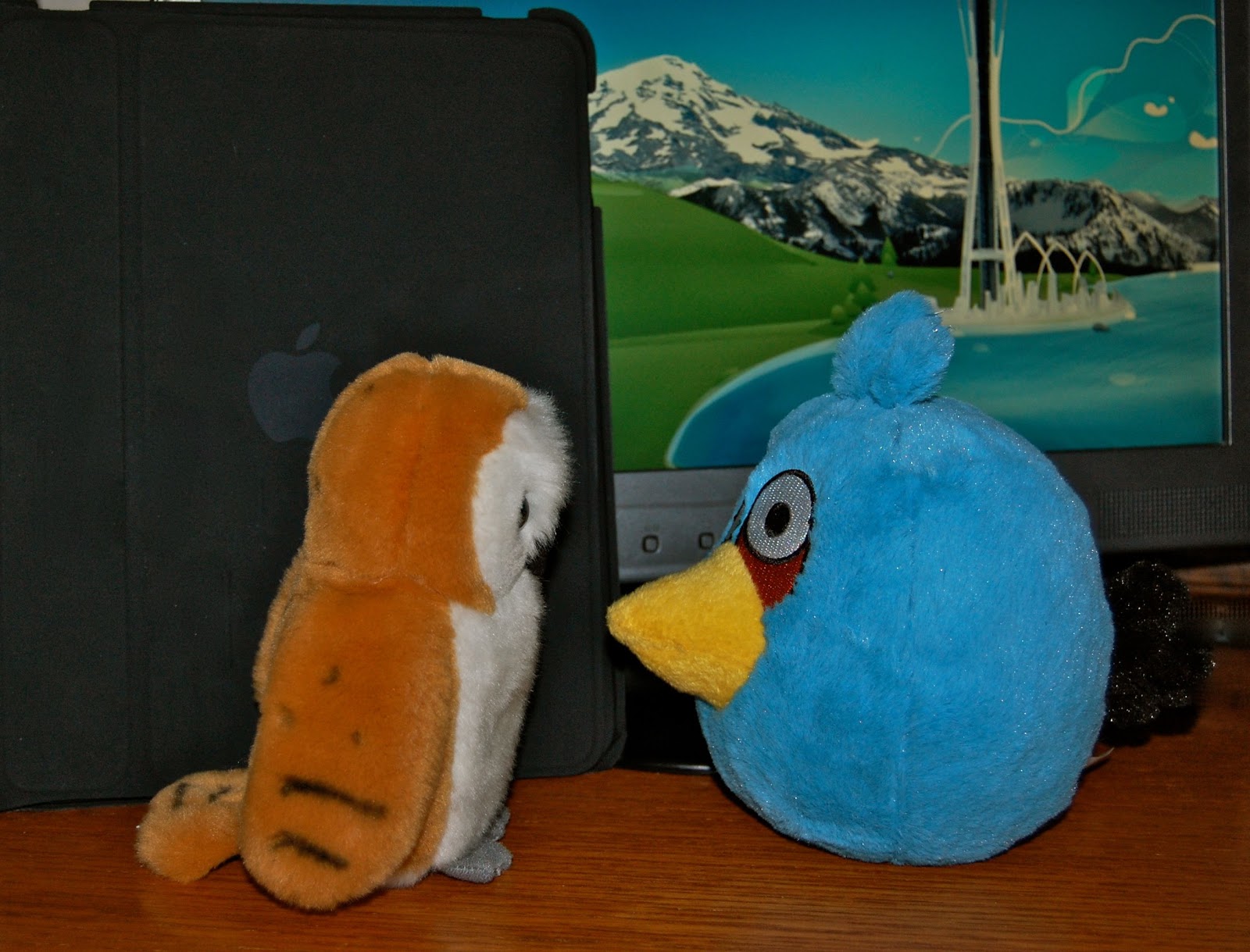 Seriously. I have to use both to keep up with the twittering world. On occasion, I even need the Twitter site itself.  Why?

I love my Mac, don't get me wrong. But the difference in programming can cause the user some mild frustrations. Like with Twitter. It goes something like this:

This is what it boils down to for me. I need multiple apps and duplicative networking sites in order to stay in touch. But hey, I guess that's life. :) It's like having multiple children, where there's a different approach I have to take depending on which one I'm interacting with. The message is the same no matter where I go. But getting it across? Well, it's just going to take a little extra patience on my part. :)

How about you? Do you tweet?  Which program suits you best and why? Are you on Twitter? Can I stalk--I mean, can we be friends?
Posted by Karen Adair at 7:47 AM